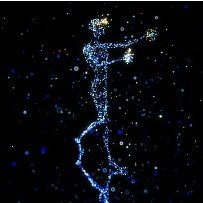 Why you should explore, not fear, tech’s coming capabilities for spa.

To the spa industry, synchronicity is viewed as the process of allowing events to unfold rather than forcing them to happen, or in some cases, as a kind of invisible force that guides and directs our life and work. Many healers and skin care specialists pay close attention to synchronicity and delight in its occurrence.

This article deals with the synchronistic opportunities of impending technology change. They can be a powerful force in engaging wellness consumers.

Imagine yourself stretched out on a comfy recliner, happily contemplating the placid expanse of turquoise before you. Overhead you hear the beat of wings, and raise your head just in time to spot a pair of Yucatan Jays. While the rolling surf nuzzles the sandy shore, you breathe in the stimulating scents of eucalyptus and pink grapefruit.

You’re so immersed that you almost forget: only the smells are real. The sun, the surf, the chirping birds? Digital images in that headset you’re wearing. You’ve just dropped the kids off at school and have been taking a break at your favourite spa.

Nor is it science fiction. Social media giants and big tech companies including Facebook, Microsoft, Nvidia Omniverse and others are funneling big bucks and manpower into augmented reality (AR) and virtual reality (VR) faster than you can say Buzz Lightyear. Gaming, movies and socialization are converging into new forms of entertainment that are only just beginning to take shape in a space that’s being called the ‘metaverse’ – a future iteration of the internet where users will work, meet, game, and socialize together in 3D.

In one of my favourite books, Synchronicity: The Inner path of Leadership, Joseph Jaworski sees the world as mainly made up of relationships rather than things – an ever-evolving narrative full of possibilities where nothing happens by accident, and in which all our actions and decisions play a vital part. Success accrues to those who replace traditional hierarchies like boss-employee/teacher-student, and even the laws of Newtonian physics, with an altered mindset committed to new ways of understanding, to accepting the inevitable tides of change, and eventually reaching a state which Jaworski calls, well, synchronicity.

Jaworski’s book is full of excellent advice for helping spa leadership teams and other business managers prosper in times of radical change. His strategy for shaping the future is by creating new realities – or what Synchronicity reviewer Peter Senge calls ‘operating in the moment and participating meaningfully in the unfolding of reality.’ Today’s tech onslaught with its immense size and power is a perfect example of an opportunity to practise the kind of open-mindedness Jaworski champions.

A report from thinktank Wunderman Thompson Intelligence underscores the impending impact of the new tech era. “From picking outfits for our avatars to wear… to fostering virtual relationships and intimacy and constructing virtual homes… we’re outgrowing the bounds of the internet (and) precipitating a new era of digital platform,” it says.

If you’re having trouble imagining a world where something as literally tangible as a spa treatment and as digital as a VR experience created by Silicon Valley could have a synergistic union, remember that the spa business is all about offering customers feelings of physical and emotional rejuvenation. So rather than struggling to imagine or even oppose the infiltration of emerging tech into a spa environment, why not, as Jaworsky might suggest, ask what other businesses are better positioned to embrace the coming changes? Spa customers are already coming (in part, at least) for a mini-vacation. They are a captive audience, hardly stirring during treatments. A headset might be a simple add-on to an already enjoyable visit.

I recently had the pleasure of reconnecting with Simona Gozner, who is  Esthetic Program Director at the Blanche Macdonald Centre. Simona has observed a recent threefold increase in student admissions to her leading makeup school, and sees massive opportunities for the synchronicity of combining technology and touch.

“With the rise of tech, it is inevitable that the hunger for human touch will increase – and create an outstanding opportunity for us in the spa and wellness industry,” she told me.

I guess that’s the other way of looking at it. The more time people spend staring into their devices, the more they’ll be needing real human contact.

Tech is already infiltrating spas in other forms, of course. One example (my client, in this case) is a medical skincare spa in Edmonton, which offers a menu of eight Power Tech Facials, most incorporating lasers guided by trained specialists, while others deploy timed exposures of coloured LEDs to control harmful bacteria and improve appearance and collagen production.

Of course, there are many trends spa owners should be aware of. As I have reported in other articles, today’s eco-conscious consumers are rapidly embracing the challenge of changing social and physical realities, largely rethinking the way they live and spend.  Some say they’d commit to an entire lifetime of reduced material consumption.

Somewhat pandemic-propelled is a related (and also growing) desire to spend more time outside. The World Economic Forum, for example, forecasts a “nature-positive” economy that could unlock $10.1 trillion in annual business by 2030.

Enjoying an aromatherapy session on a virtual beach on the Mayan Riviera may not strictly qualify as nature-positive. But once you accept the possibility that it could – and maybe should – be available at your neighbourhood spa, you’re on a good path.

Published as “Synchronicity: a powerful force in treating your clients” in Spa Inc. magazine Spring 2022

Vivienne O’Keeffe, CIBTAC, AAD, PEA, is President of Spa Profits Consulting Inc., and an expert in designing successful spa concepts. She is also an international consultant in developing product lines, treatment plans and training programs, a member of ISPA and a recipient of the Spa Industry Association of Canada Outstanding Industry Service Award in 2001, 2005 and 2012.