Posted by Vivienne O'Keeffe on April 8, 2022 in Articles 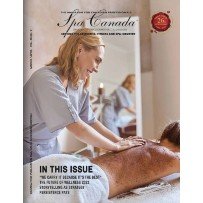 Before you say anything, I know what you’re thinking. Why would I be writing about a practice that’s been around since the days of Flower Power, love-ins and Neil Armstrong bouncing around on the moon – and even longer?

My answer is that there may be no better time to revisit this ancient practice than in the pandemic-ridden, strife-torn days of 2022.

Through all these years, we’ve come to learn how well meditation works. Among its many physical and mental health benefits, well-documented in some 700,000 research documents, are decreased pain, better immune function, less anxiety and depression, a heightened sense of well-being, and greater happiness and emotional self-control.

It’s never been more popular. The growth in meditation apps, such as Headspace, is unprecedented at this time.

And if that’s not enough to convince you to take a fresh look, a white paper called Mental Wellness: Pathways, Evidence and Horizons by the Mental Wellness Initiative (MWI) of the Global Wellness Institute (GWI), led by Professor Gerry Boedeker, and for which I was honoured to be a contributor, also trumpets the many rewards of those peaceful, calming daily sessions of meditation – and adds some valuable historical perspective.

“Meditation was a little understood spiritual development technique of both the East and West until 1970, when (the magazine) Science published the first rigorous scientific research paper showing that during meditation, oxygen consumption and heart rate decreased, skin resistance increased, and the electroencephalogram showed specific changes in certain brain frequencies,” the MWI reports.

A workplace study in 2018 showed that 52% of U.S. employers provided mindfulness or meditation training to their employees and reduced absenteeism by 85% – while boosting profits by an amount so high I won’t even mention it.

I don’t need 100-page reports to know that meditation has made my life and practice as a consultant a lot calmer and more productive. I started meditating to calm my anxieties and steady my resolve through a particularly stressful personal and professional situation in 2010, attending classes given by an instructor in the Vancouver area. The sessions improved my well being, mental focus and overall state of happiness to such an extent that I’ve been doing two 20-minute sessions a day ever since.

Meditation has made a lasting impression on many lives, including the likes of Gwyneth Paltrow, Ellen DeGeneres, Katy Perry and Jerry Seinfeld. David Lynch, the famed director of classic films like Blue Velvet and Eraserhead, created a charitable foundation (www.davidlynchfoundation.org) to promote it.

Meditation: accessing what lies within

“I started Transcendental Meditation® in 1973,” says Lynch on the foundation’s website, “and have not missed a single meditation ever since. It has given me effortless access to unlimited reserves of energy, creativity and happiness deep within.”

One of the Lynch Foundation’s chief accomplishments is its Quiet Time program, which aims to reduce stress, enhance wellness, and improve academic performance in middle and high school students. Its simple, easily-learned technique involves students and teachers sitting together with eyes closed for two 15-minute periods every day. Highlights of the program in San Francisco-area schools include:

Lynch’s program could account for the huge rise in the number of school-age American kids meditating: tenfold from 2012 to 2017.

I think the people working in our industry could be especially large beneficiaries of meditating. Pandemic-related stresses associated with declining revenues, stringent health requirements and physical isolation have taken a toxic toll on many spa owners and practitioners.

It’s an easy habit to pick up. The entry fee is minimal – a commitment to the time of about 40 minutes a day for most practitioners. You don’t need any special clothing or equipment, and while instructor-led classes are best, you can learn how to meditate from a library book or YouTube video.

Not that meditation is the sole path to nirvana-like serenity. The MWI’s white paper discusses many mental health-related factors ranging from nutrition to sleep patterns, massage, aroma, personal relationships and exposure to nature and sunlight.

But it discusses meditation at length, and identifies several types of meditation and the benefits specific to each.

Adding to that, researchers at the UCLA Laboratory of Neuro Imaging found that long-term meditators have larger amounts of so-called gyrification – a folding of the brain’s cortex, which may allow meditators to process information faster than people who do not meditate. A direct correlation was found between the amount of gyrification and the number of years meditation is practiced, possibly providing further proof of the brain’s neuroplasticity, or ability to adapt to environmental change.

On top of all its other benefits, meditation might even help you live longer. Evidence shows that it helps preserve the length of telomeres, those protective caps on the ends of chromosomes whose length seems to be connected to longevity (longer being better).

Nobel Laureate Elizabeth Blackburn and Elissa Eppel present these and other findings on the effects of lifestyle change on telomeres in their book The Telomere Effect: A Revolutionary Approach to Living Younger, Healthier, Longer (2017). And here I quote directly from a paper produced by the American Psychological Association: “In researching mindfulness meditation (Eppel and Blackburn and colleagues) …proposed that some forms of meditation may have salutary effects on telomere length by reducing cognitive stress and stress arousal and increasing positive states of mind and hormonal factors that may promote telomere maintenance…. Subsequent research has borne out the link between meditation and telomere length, with results showing that mindfulness meditation leads to increased telomerase activity in peripheral blood mononuclear cells, and TM meditators demonstrating increased telomerase gene expression. These studies point to the effects of meditation in slowing biological ageing.”

Meditation: or mindfulness – they are different

The MWI report qualifies mindfulness as a form of meditation, but it’s definitely not the same thing. I would describe it as a constant effort to stay in the present and live in the moment, rather than, say, dwelling on past failures, or harbouring expectations of impending doom.

Think of how you might feel on a tricky ski run, long bike ride or challenging golf hole and you’ll get a glimpse of mindfulness. Concentrating solely on an immediate, precise challenge gives the rest of your angst-ridden brain a chance to relax and recharge. There is no past or future, just the now.

The differences are well explained on the  Black Zen (www.blackzen.co) website by one of its creators, Stacey Johnson:

“While both practices (mindfulness and meditation) provide an incredible number of physical and mental health benefits, meditation touches on something bigger – your spiritual well-being. So while mindfulness creates the space in your mind for happiness and joy now, with meditation there is an opportunity for happiness and joy outside of circumstances. It is the slight difference between a state of mind and a state of being.”

Whether for you or your team, practising meditation or mindfulness (preferably both) is a great way to get through a never-ending pandemic, today’s fractious political debates and a tough business climate, and start feeling more relaxed, focused and productive.

If you don’t already, take my advice and start. It might be the best decision you ever make.

Vivienne O’Keeffe, CIBTAC, AAD, PEA, is President of Spa Profits Consulting Inc., and an expert in designing successful spa concepts. She is also an international consultant in developing product lines, treatment plans and training programs, a member of ISPA and a recipient of the Spa Industry Association of Canada Outstanding Industry Service Award in 2001, 2005 and 2012.