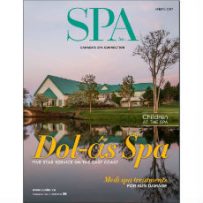 New discoveries about the skin’s connection to happiness, immunity and possibly even autism may dramatically alter the way we deliver touch therapy

It seems the body’s largest organ might also be the least understood.

The mystery began in 1939, when Swedish physiologist Yngve Zotterman noticed unusual electrical responses from cats’ legs being slowly stroked by wooden pins. Subsequent experiments on cats, rats and monkeys in 1957, 1977 and 1993 identified nerves in the skin designed not to register mere contact or pain or itchiness, but to convey complicated information about social interactions.

In the present day the nerves, known as C-tactile (CT) afferents, are still not fully understood, but we’re getting closer. Recent studies, including one by Francis McGlone, a cognitive neuroscientist at Liverpool John Moores University in the UK along with colleagues in Montreal, have confirmed the powerful connections between CT afferents and the parts of the brain that process emotion.

McGlone believes affective touch is crucial for brain development, and worries about what will happen as we transfer more and more of our social lives online. For now, it’s important for us to understand the amazing power of touch, and the possible future ramifications of these breakthroughs in our therapy sessions.

In a lecture at the 2015 Global Wellness Summit in Mexico City, neuroscientist Claudia Aguirre characterized skin as a second brain, complete with its own hormone production (cortisol, estrogen, testosterone and others) and antioxidant defenses. She cited the case of an airline pilot who broke out in viral herpes every time he flew over a certain canyon. It turned out that a pilot friend of his had crashed in the area on a day when he should have been flying himself. Unconscious guilt on every crossing triggered the unwelcome rash.

“The skin,” said Aguirre, “is not just tissue that you want to regenerate and exfoliate and primp and pump and all that. It is so much more.”

A lack of human contact in the early stages of life can be tragic. Austrian-American child psychiatrist René Spitz gathered a group of babies from orphanages in the early 1940s to see whether reduced human contact could lessen their incidence of disease. The babies were fed and clothed and kept warm and clean, but were not played with, handled, or held. Although the children’s physical needs were met, instead of benefitting from lack of contact, they became withdrawn and sickly, and lost weight. A great many died and exhibited a vast number of infections. We now know that this is because babies that don’t get caresses trigger a series of epigenetic changes that render them less resilient to stress and illness in the future.

In another example, premature newborns studied by researchers Klaus and Kennell who were carried, rocked and cuddled during their stay in a hospital nursery gained more weight, had fewer periods of non-breathing and better functioning nervous systems than newborns who did not receive this level of attention.

Research at Cedars-Sinai Medical Center in Los Angeles in 2010 appears consistent with an emotional role being played by CT afferents. While deep-tissue Swedish massage significantly altered levels of cortisol (involved with stress) and arginine vasopressin (linked to cortisol), volunteers who received lighter touch massage showed bigger decreases of adrenocorticotropic (which stimulates the adrenal glands to release cortisol) and greater increases in oxytocin than the Swedish massage group. As you may know, oxytocin is a powerful hormone which acts as a neurotransmitter in the brain, going up when we hug or kiss someone we love and playing a vital role in pair bonding. The research also charted rising numbers of lymphocytes (white blood cells in the immune system) in the volunteers, suggesting that therapeutic touch in the form of massage might play a vital role in strengthening our immune system.

Clearly there are powerful, measurable benefits from massage beyond relieved muscles and joints, and more come out with each new study. Benefits of other forms of touch can be more inscrutable. Reports indicate, for example, that an acupuncturist believing in the healing power of the needles she places in the arm of a client will positively affect the outcome of the therapy – as much as will the positive belief of her client.

Nonetheless, there is no denying that when you touch a body, you touch the whole person – the intellect, the spirit and the emotions. Unseen energy is conveyed in every touch a human being makes, and massage is a formalized and well understood form of touch therapy. As professional therapists, I believe we need to be conversant in the new language of touch therapy, and prepared to deliver a whole new range of client services that will surely flow from the recent discoveries, particularly those about the role of CT afferents.

“The compassionate touch of a hand or a reassuring hug can take away our fears, soothe our anxieties, and fill the emptiness of being lonely,” says author and broadcaster Randi G. Fine. Our hands may hold far more power than we realized.

Vivienne O’Keeffe, AAD, PEA, CIBTAC, is President of Spa Profits Consulting Inc., and an expert in designing successful spa concepts. She is also an international consultant in developing product lines, treatment plans and training programs, a member of ISPA and Spa Industry Association of Canada (for which she won an Outstanding Industry Service Award in 2001, 2005 and 2012), and a member of International Management Consultants Inc.